Last week I gave a keynote on Open Badges at the #JFMH2016 at TU Darmstadt. The title of my keynote was:

Based on the concept of “experiment with a society as a lab” from the field of media sociology, the starting point for my keynote was the thesis that Open Badges like many other novel, digital technologies, are applied directly in educational contexts without prior examination of their potentials and risks. Most of the times digital learning technologies and concepts, such as Open Badges, cannot be validated in controlled settings of a research lab, but are first applied in real-life educational settings and validated only later through experimentation which takes place in a regular course of affairs, within existing organisational structures and processes and involving students, teachers and other subjects.  Also, following the idea of mode 2 of knowledge production by Gibbons et al. (1994), the knowledge about the potentials and risks of novel technologies emerges as a result of an interdisciplinary, connected, open and cross-context interactions of persons involved in such experiments. This is also the case with Open Badges and the knowledge about the possibilities as well as effects of their application being created not only within one (educational) organisation but across diverse and globally distributed communities.

While applying novel technologies and concepts, such as Open Badges, it is important to keep in mind that the effects of experimentation are not always predictable and may have both positive and/or negative effects on the subjects involved. Reflecting the knowledge created following the principles of mode 2 by Gibbons at al. (1994) and taking responsibility for the design and implementation of Open Badges and other novel technologies in (higher) education is connected to a number of ethical and legal questions, some of which have been addressed by Willis, Quick & Hickey (2015).

Here is the link to my slides on SlideShare (slides are in German):

Coopetition and simulation in education

At the DeLFI Conference 2010 in Duisburg me and my two colleagues from PH Ludwigsburg (PHL) presented our concept of a coopetition-simulation approach to designing learning, which we applied in a film production project with university students. The project involved researchers from the reasearch project “Mediencommunity 2.0“, students and lectures of  two university courses at PHL. The idea was to bring  students, lectures and researchers together to produce short educational films explaining Web 2.0. to Mediencommunity users, i.e. learners, teachers and practicioners from the print and media industry.

With the research project “Mediencommunity 2.0” acting as customer placing an order for educational films, PHL students acting as contractors and lectures acting as consultants, we created a simulation of a business situation. In these simulated settings students were developing customer-oriented solutions in form of educational film based on specific requirements defined by “Mediencommunity 2.0” as well as on  methodology of film production specified by lectures. This type of simulation of a business situation gave students  insight into working on such business assignments as e-learning projects, which they may encounter in their professional lives.

The other aspectwas the coopetition approach. Coopetition is a concept used both in gaming and in business. It combines two strategies, i.e. cooperation and competition, both bringing certain benefits which as I believe may be applied to designing learning/teaching settings.

Coopetition offers on alternative perspective on playing games or doing business, as the focus is not on winning a “war” and beating others but on finding complementors, who help you achieve better results, while at the same time playing multiple roles and having both cooperative and competitive relationships with different partners and on different activities. Coopetition combines the benefits of cooperation and competition.

Cooperation is based on trust and distribution of work. Cooperation facilitates sharing of information and ressources in order to achieve a common goal. However the distribution of work may also lead to lack of initiative, responsibility, as is the case with the so-called “free-riding”. Competition is based on rivalry and reaching own goals. Competition facilitates finding new, creative ideas and solutions in order to outperform others or distinguish ourselves.

In our project we aimed at combining cooperation and competition to enhance students’ participation and enjoyment and to mobilize their creativity and responsibility in order to achieve high quality results. We designed the setting as a film competition in which three best film productions were to be awarded with prizes and certificates granted by “Mediencommunity 2.0”. At the same time all students had to cooperate in groups to produce films and also as a whole group to extract as much information as possible from “Mediencommunity 2.0” to meet certain requirements and specifications.

In our scenario we applied coopetition on three different levels:

As students organised themselves into small film production groups, negotiating internally their roles and responsibilities, and at the same time were competing against other groups in the course, the coordination strategy of researchers and lectures was to enhance and support intra-group cooperation and inter-group competition at the same time.

The interaction patter between students was multifaceted as they had to cooperate and also compete on certain activities both within their own group and against other groups. An example of competition within groups was a voting-based selection of the best speaker for dubbing. An example for cooperation between groups was getting necessary information from Mediencommunity on target groups, requirements etc. which was done in web conferences and online discussion forums transparent for all students.

Finally, coopetion at task level occured as students had to cooperate and at the same to compete within a particular task. An example here is the design of story boards as one of the sub-tasks. Students had to cooperate on this task in their group and at the same time competed against other groups, as story boards were presented in plenum, assessed and implicitly compared one against the other.

Although we only have some episodic evidence as evaluation results on that, in my opition the coopetition-simulation approach helped us achieve just what we wanted. Students enjoyed the whole proccess, were extremly motivated and spent much time outside their regular course hours to work on the films, and last but not least they produced creative solutions matching our expectations and requirements. Films can be watched in the YouTube channel of Mediencommunity.

Based on this first trial, I would like to refine the concept and conduct evaluation in a follow-up project. I would be greatful for your comments, remarks and ideas.
Bibliography 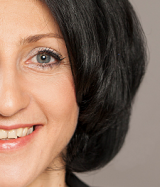 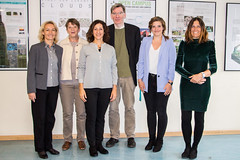